I think I write for what needs to come out, like a compulsion, so if it never sells, so be it.

I went to a funeral this week. The Catholic Deacon had people stand for a prayer, sit, stand for a song, sit and also folks repeated things from time to time when he spoke. With my bad leg, I found it irritating. Why were they doing that I wondered? Then it occurred to me. The Catholics are clever. Other churches leave the congregation alone and they nap. In the Catholic Church people stand and sit several times and speak so that  they can’t fall asleep. Seem unfair somehow. Isn’t Sunday Service where some people get a much needed rest? Not in a Catholic service, they’re too smart for us.

The idea behind the statement…

Grief is a very big deal and you need to talk to someone. I talked to my cousin the first year who was a trained grief counsellor and that was very helpful. Then after a year, when I could speak her name without instant tears, I went to a few grief support groups. The first one was for people who lost a loved one, but until I found the group that dealt with parents who had lost a child, I didn’t feel quite right.

Initially, I had talked to a counsellor, who lost a husband, but was not trained in grief and the only good advice I received was to try not to get stuck in any one of the stages of grief for too long. Later I came across someone who was really stuck in anger and had been for over a year and I realized what getting stuck somewhere can do to a person. The woman who had lost a son was still right at the beginning, angry at those who took her son’s life and angry at those who did nothing. She was just as angry at the end of a year as she had been at the beginning. She was eating herself alive and you could just see the destructive power the anger had over her. It was not good.

The best people were my own peer group. When I talked to others who had lost children themselves, I felt a kinship and a comfort. I would talk about my situation and they would talk about theirs. We could sympathize and understand each other. That was very healing for me. I kept in contact for a few years and that was a real blessing to me. We really understood each other. It helped a lot. 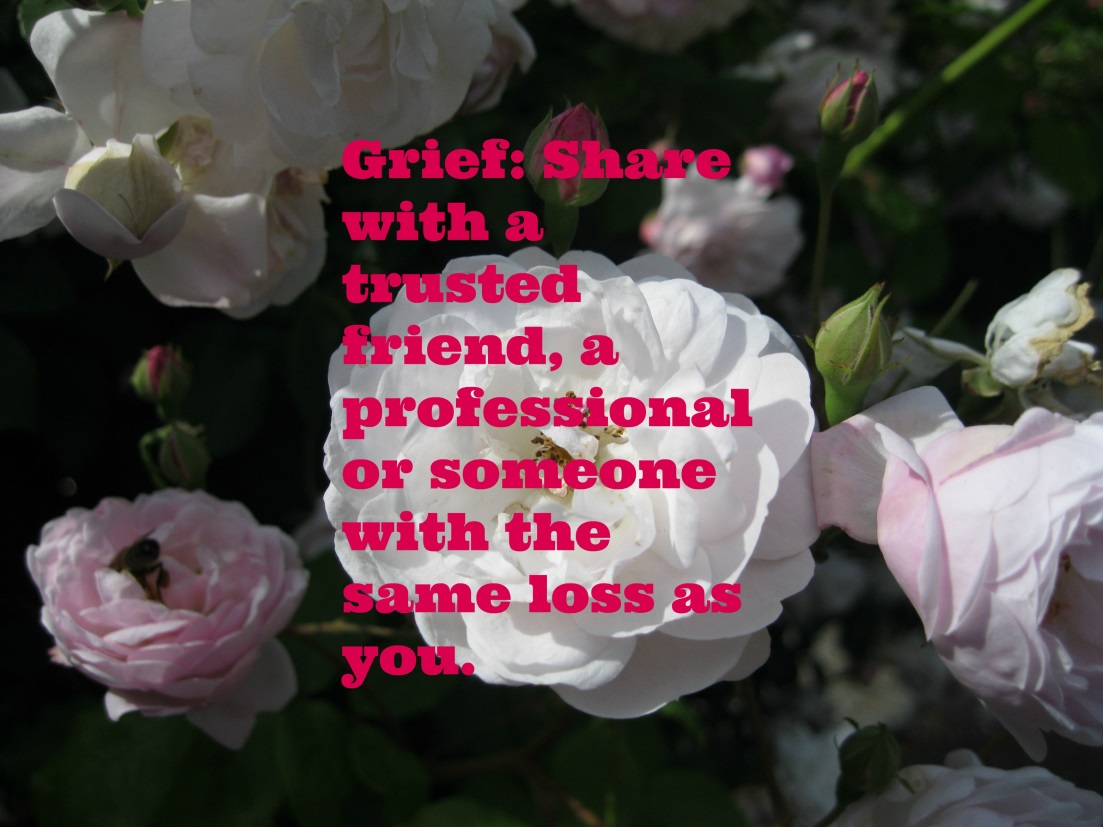