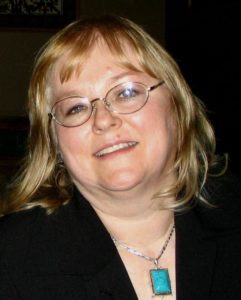 Born in Vancouver, B.C., Canada, Kathy has always been a westerner.  She was raised in Winnipeg, Manitoba and has spent all her adult life in Calgary, Alberta, where she attended university, earning a Masters degree.  She married, divorced at 28 and raised three children, one of whom was an artist who died by suicide in 2009.

She initially took creative writing under W.O. Mitchell at the Banff Centre who described her as one of the best creative writers he had seen.  Kathy has always been a writer and began to write seriously while a single parent, raising three children on her own and while her twins were babies and she was getting a divorce.  She feels she had to start writing or she would have imploded, being home with three pre-school children at that time, with little chance of relief or escape.  “Writing gave me a chance to express myself and provided me with an outlet for the frustrations of being a young mom of three children in the throes of a major life change.” she says.

Kathy published one book and is in the process of writing several more.  She also has a body of work in poetry and is currently immersed in finishing a sci-fi book and a YA/Adult cross fantasy book and some children’s books. She was always a voracious reader of books and discovered the world of magic and make believe when she first discovered books in Grade 3 and the worlds of imagination they created.  She always wanted more  books about magic and make believe, so she thought she would write a few both for children and adults.

Always busy, involved in many aspects of her life, Kathy is imaginative, creative and original in her writing, with a strong sensitivity to the lives and emotions of her characters.  She experienced the loss of her daughter, Shannon, by suicide in 2009 and has written about the grieving process and that experience with insight and awareness.

She presently lives with her little dog,  Sophie, in Calgary, Alberta.

This website is where people can buy a book, read an excerpt, read her blog, make a comment, or learn more about the author, Kathy Briant. www.KathyBriantBooks.com.